My brother's thoughts on the 2012 Oscars

Charlottesville boasts a large number of restaurants per capita and is a great foodie town, but there are a handful of places that just don't live up to all the hype and "must-do" lists out there. That is not to say the eateries listen below are terrible, but rather that there are better places to satisfy a food craving. Here are a sampling of a few that come to mind:

Lemongrass. Many of Lemongrass’s dishes reek of fish sauce rather than the many dimensions of authentic Thai food that blends sweet, spice and savory notes. There are many superior Thai places to eat in Charlottesville (e.g., Lime Leaf), but they, unfortunately, are not nearly as close as this Corner restaurant.

The Flat. Well, the strawberry and Nutella crepe is divine, but anything can be magical if there’s Nutella in the mix. But really, both the savory and sweet crepes are missing something, namely a lick of salt and some sugar, respectively.

Take-It-Away. I don’t visit any sandwich shop that doesn’t serve lettuce with their sammies. And I’m not a fan of the house dressing. Sorry, but I’d rather have something from Little John’s.

This relatively new addition to the Downtown Charlottesville area (next to Random Row Books) doesn't pretend to be an upscale cupcakery. Rather, there's a quaint feel about the tiny bakery and candy shop, decorated with a candy-bejeweled chandelier that serves as the backdrop behind the counter.

Instead of displaying cute, colorful cupcakes in their shining glory at eye level, SweetHaus opts for a more humble display just below the front counter. If you don't see a cupcake you'd been salivating after in the glass case, ask the young lady behind the counter because many cupcakes are made in small batches and frosted to order to ensure freshness. And if you're watching your waistline, try one of the adorable mini cupcakes topped with a generous dollup of frosting.

Although I'm not a huge appreciator of coconut, the coconut cupcake is easily the showstopper; it is moist, flavorful, and arrives in a bright art-deco cupcake cup. And the red velvet cupcake easily catapults it to among the best in Charlottesville; the only offputting aspect is the color, which runs brown rather than the namesake red. Still, the cupcakes are consistently moist and the frosting fluffy.

Even though this bakery has a few (relatively trivial) kinks to sort out (to-go cupcake boxes and a proper cupcake display), SweetHaus has everything its Downtown competitor lacks: excellent, attentive customer service, plenty of in-house seating, and consistently delicious offerings. Come swing by to try the best cupcakes in Downtown Charlottesville.

Coconut cupcake and a mini chocolate cupcake
Posted by Jane at 5:25 PM No comments:

Gchat statuses: (On the rare occasion that I am visible on Gchat)
1. Justin Bieber obviously doesn't know what a lady ought to smell like because his perfume STINKS!
2. Lies strangers tell me: "Has anyone ever told you that you look like a Kardashian?" (An employee at the O'Hill C3 Wednesday afternoon.)

To sum up the week in a single sentence:
"Yoga Pants Friday" becomes "Yoga Pants Always."
Bits and bobs:
The peak time to run into everyone you know at the gym seems to be around 5 p.m. -- and that's saying a lot for someone like me who seems to run into my professors everywhere (I have seen Dean Woo at Fashion Square and my Calc II professor on about a dozen locations. He's even sat next to me on the trolley once. Awkward!). All the more reason to avoid the gym because running shorts (the windbreaker kind) are THE most unflattering bottoms in existence (up there with harem pants). 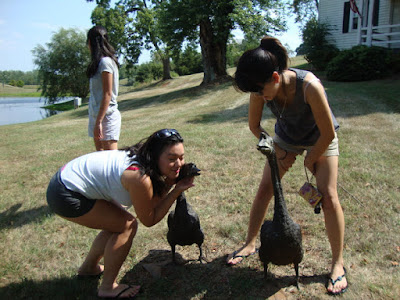 By Tony Ma
Yeah, I am no prince charming.
My personality's bitter,
My messy hair's alarming.
But guuuuuuuuuuuuurrrrrrrrrrrl,
The way you swing those hips
Has made me fall in love!
Your lips with mint chapstick--
I can't get enough of!
Your smarts, your beauty, your design
Has changed me --  my looks,
My hair ... all of which, now well-defined.
So I ask you now to be mine,
For this day, maybe even more,
To be my beloved valentine.

My Gchat statuses from the past week:
1. Alpaca!
2. Annoyed by loud whispering in biopsych library. Move to Clark. Hear librarians using their outdoor voice (library orientation season for e-schoolers). Lapses in librarian chatter filled with voices of loud people talking in Chinese. Grumble, grumble.
3. Just picked up my cap & gown D;
4. Which Student Council presidential candidate will I vote for? The non-S.O.B. Oh wait ...


Best things that've happened to me during the past 7 days:
1. Surprise nomination by a few of my too-kind college friends to attend the Fourth-Year Recognition Dinner. I am exceedingly grateful.
2. Being asked to speak to 100 first- and second-year girls about my U.Va experience as a female student leader. 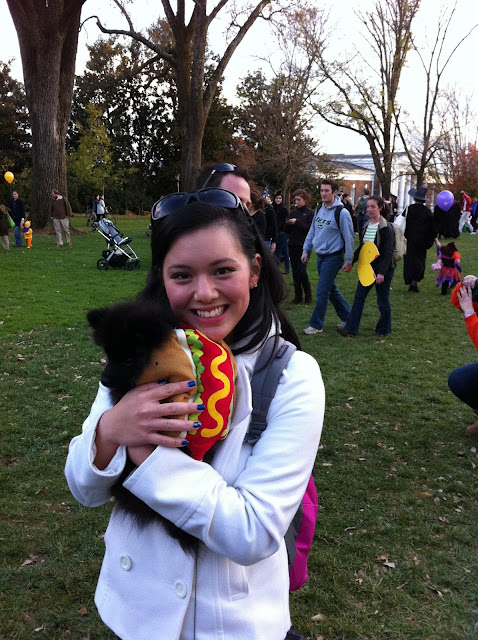